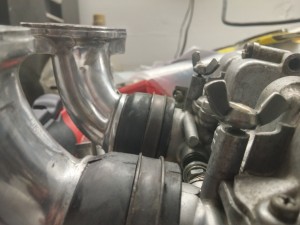 In 1975 my Dad bought a motorcycle to use around the farm. It was a Blue Suzuki T20, 247CC twin two-stroke. He rode it for a few years and then it just got parked. When we moved in 88, it just sat outside. Slacker and I tried to start it one time, but couldn’t get it going.

Last weekend we gave it to Clayton, he’s going to try and restore it. Looks like he’s in good company, here’s a video of Jay Leno’s T20.

UPDATE: So it appears that the Jay Leno video is no longer available. Here is a nice one from Youtube – my Dad’s bike was this color.